It was heartbreaking to watch our wonderful child struggle with low confidence issues despite his great qualities. Only when one of our closest friends suggested a possible linkage between ADHD and his behavior we took one giant step towards a true solution.

Adam  was our first born. Like all mothers, I am aware of the fact that I am not objective when it comes to my children, but he was truly an amazing kid. We found ourselves raising a warm, funny, loving and smart boy and smothered him with love and affection. So far, so good. 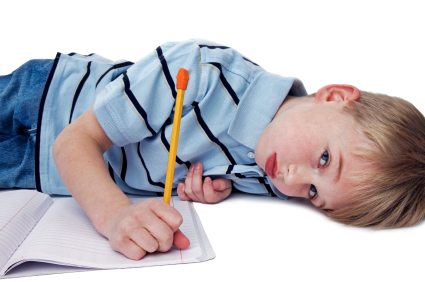 We started noticing something wasn’t quite right in the early stages of elementary school. We were told that he is somewhat struggling to keep calm and focused during class, but we always thought he was mischievous just being playful and overlooked it.

Obviously, we stood by him and continuously claimed that he was a vibrant and happy kid and that nothing was wrong with him. Unfortunately, as time passed by and academic expectations of him increased we noticed he was also struggling with his homework and exams.

But that turned out to be the least of our problems as we later discovered. Gradually Adam  started to become more shy away. The less he succeeded in school the more we felt he “drifted away” socially and was reluctant to do things he used to enjoy before. It seemed as if he lost faith in himself and his capability to succeed.

It was hard for us. We knew he was clever and had everything it took to succeed, but he always seemed restless and “out-of-focus,” constantly shifting from one thing to another and avoiding doing things he thought he wasn’t any good at. There was an obvious gap between his self-perception and the reality.

One day I met a friend. I told her about Adam  and how concerned I was. She asked whether he was diagnosed with ADHD. I was somewhat confused. I never thought that ADHD had any influence whatsoever on such issues. She suggested I would take him to an expert and find out.

The next day I scheduled an appointment with a specialist. After a few meetings and an on-line test that Adam  had to do, came the answer, and it was conclusive. Adam  had ADHD. I must admit it was a relief: we finally had answers and knew the source of Adam ’s low confidence. We knew how to handle it.

As the specialist explained, the more Adam  failed, the more he lost faith in himself, but not just due to the poor academic outcomes but also, and more importantly, due to the gap he had in his mind between what he knew he could achieve and his actual results due to the ADHD.

We started treating Adam  with a small dosage of Ritalin. The change was immediate and highly noticeable. He managed to sit quietly during classes and his grades started to improve. He was able to focus on his studies and take pride in his achievements; it was such a joy for us seeing the smile returning to his face.

We felt we got our great kid back, as well as our peace of mind. He was once again the charming, sharp kid we used to know, full of confidence and sociable.

ADHD is not a “disease”, but it could have devastating life repercussions if ignored.

Parents
Signup for our
newsletter

and get our latest publications
and special offers

We use cookies to ensure that we give you the best experience on our website. If you continue to use this site we will assume that you are happy with it.OkPrivacy policy